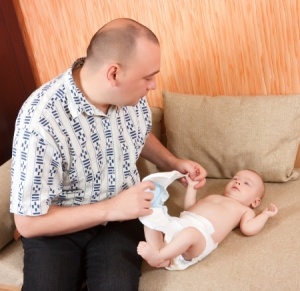 The topic was change. The speaker’s first line was “the only people I have met who liked change were babies with dirty diapers – nappies to Australians”. The audience collectively settled in for an engaging 10 minutes.

At lunch – his was the only talk people discussed and laughed at. Nodding our heads wisely – here was a guy who understood business.

Later – a few of us thought more about it. Was the speaker’s nappy story full of crap – maybe so was the speech?

Many people decide to have their aged parents move in with them after they find it difficult to look after themselves well. Others move countries for a different job or experience. Many people make huge changes and seem to do so well.

So, why is it in business so many changes fail? Studies show that fewer than 10% of change programmes have been successful. This is a primitive result. If we can successfully make major changes to our lives – why do we seem to get it wrong when we – the same people – come to the office or the factory?

Sometimes a 10% success rate does not matter; it may even be a high score. For example – accurate spelling on Facebook – 10% spelling accuracy is as elusive as running the four minute mile in 1248!

Performing well on making successful changes is a crucial business activity; success here does matter. Some recent research shows that planning and successfully implementing changes is one of five key differences between high and low performing companies.

In high-performing organisations, change programmes are clearly owned and managed. Planned change activities are implemented in a timely manner. Change programmes are planned meticulously with consideration given to performance – clear ownership; where measurable, specific and actionable objectives are laid out.

In low performing organisations – there is little or no effort invested in changing the organisation. Variations/advances occur largely by accident. Plans for change are rarely realised, and, little or no consideration is given to execution.

There are millions of change initiatives going on in public and private organisations around the world. With fewer than one in ten of those changes successful – then success is  astonishing – an unbelievable accomplishment. How do they do it?

About the author:  Joe Moore is the founder and principal of Kimber Moore & Associates. Joe and his team are highly skilled in helping leaders, managers and staff deal with uncertainty, change, complexity and conflicts before they escalate into situations that are more volatile. You can read more of Joe’s posts and contact him here