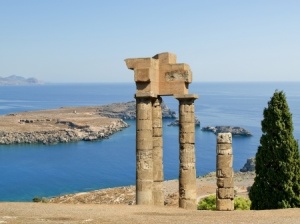 My sheep farming friend Alf has many favourite sayings and one he repeats continually is:

My frequent conversations with Alf sprang to mind recently when I read The Ten Golden Rules of Leadership by Michael Soupios and Panos Mourdoukoutas (M&P).  They have reviewed the writings of the Classical philosophers and have come up with a set of “Leadership Rules” that they argue have stood the test of time and are as relevant today as they were when they were written.

1. “Know Thyself.” –Thales
To M&P this in many ways is an overarching rule. They argue we innately have a “powerful tendency to obscure, distort, and fictionalize on behalf of a fabricated reality” and we need to bring “a fresh transparency to our hidden motives and identities.” Based on these observations they recommend that a would-be leader commit to “an agenda of spirited self-indictment.”

2. “Office Shows the Person.” –Pittacus
“Specifically, power discloses whether or not a person has disposed of the psychological deficiencies that negate the possibility of real leadership.”

3. “Nurture Community at the Workplace.” –Plato
“There is no greater evil than discord and faction and no greater good than the bonds of communal sentiment.” The bottom line here is that if one part of the body suffers, we all suffer.

4. “Do Not Waste Energy on Things You Cannot Change.” –Aristophanes
Aristophanes wrote in his play titled Peace, “Never will you make the crab to walk straight.” Some things we cannot change. “Leaders must assume a posture of flexible response.”

5. “Always Embrace the Truth.” –Antisthenes
Antisthenes wrote, “There are only two people who will tell you the truth about yourself—an enemy who has lost his temper and a friend who loves you dearly.” M&P say …. “Honest assessment is an essential requirement of effective leadership….The problem is that the higher up the ladder you go, the less likely you will receive complete and accurate information.”

7. “Live Life by a Higher Code.” –Aristotle
Aristotle wrote of the “magnanimous man” or the “great-souled” person. He is referring to a person that lives by a higher or more rigorous code than the average person. But not in an egotistical way. “When it comes to the great-souled individual, personal honor, not ego, is the ultimate priority and concern” according to M&P

8. “Always Evaluate Information with a Critical Eye.” –The Skeptics
“Leaders should never assume that the information they receive is unsoiled by hidden agendas or political agendas.”

9: “Never Underestimate the Power of Personal Integrity.” –Sophocles
The ends doesn’t justify the means. In the play Philoctetes by Sophocles, one of the main character, Neoptolemus, says “I would prefer even to fail with honor than win by cheating.”

10: “Character Is Destiny.” –Heraclitus
Our character or our moral compass determines the course of our lives. M&P say that while we can’t control the world around us, “Heraclitus was correct to insist that we are, to a very great extent, the authors of both our own blessings and our own burdens.” “A well formed character, is the priceless reward paid to those who have done the hard work of coming to know themselves.”

Rather soberingly M&P conclude by saying….“Achieving the rank of genuine leader is a daunting task that most will find prohibitively challenging…. leadership requires a special form of courage: the courage to fashion a code of conduct governed by principled conviction.”

All good thought provoking and, hopefully, behaviour changing insights. As with farming or any other pursuit,  being a good effective leader comes down to self-understanding, self-discipline and long term thinking. But I couldn’t help but think that for the cost of a couple of beers M&P could have gleaned all this wisdom from Alf in an afternoon. And they would have walked away with one of Alf’s other sayings ringing in their ears …..

“There is nothing new under the sun”

Chris is the Principal and Managing Director at Cause & Effective. Our cause is to help cause-based organisations effectively deliver on theirs.