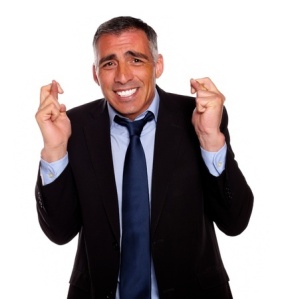 Alf was pottering in his front yard when I drove by so I stopped for a chat. I commented how good his garden looked coming out of winter and he responded:

“Its all the result of benign neglect mate, and you should be an expert at that having worked for not for profits”

It was a typical cryptic Alf remark and I let it fly by and, as we inevitably do, moved on to the weather.

That evening as I was clearing my emails I came across a new post by Laura Otten expressing her frustration with Not For Profit Boards who seem to be attempting to turn benign neglect into an art form.

Twice in one day for some spooky reason two totally disconnected people on opposite sides of the earth were talking to me about benign neglect AND in the context of the not for profit sector. My interest was sparked!

So what is this Benign Neglect?

As you may or may not know, the term  seems to have been coined in the late 1960’s by Daniel Patrick Moynihan. As a staff member of the Nixon Administration at the time, Moynihan proposed a policy of “benign neglect” to deal with the racial tensions being experienced in the US. The proposition being that if the Administration stopped giving the issue oxygen by focussing on it, it would at best resolve itself and at worst not deteriorate any further.

From that point the term seems to be broadly used to describe an attitude or policy of non-interference or neglect of a situation, which may have a more beneficial effect than assuming responsibility.

So we are talking about conscious well-intentioned neglect. Sound familiar?

While I can sympathise with the Board scenarios described by Laura, regrettably in this country where benign neglect is in full bloom is in the area of people management.

So the problem festers and festers because there is seldom a happy ending to a benign neglect story.  Morale drops, service delivery is impacted, contracts placed in jeopardy, reputation is tarnished.

As leaders we are charged with the responsibility of improving situations. Not maintaining the status quo. By ignoring the problem, crossing our fingers and hoping things wont get any worse serves to improve nothing. Which is where Moynihan’s proposal falls down.

Unlike Alf’s garden, a not for profit is no place for well intentioned neglect.

About Chris:  Chris Gandy is the founder and a director of Cause and Effective – an organisation dedicated to assisting cause-based organisations maximise their social impact through permanent and contingent resourcing