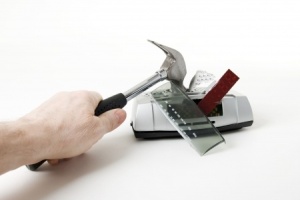 Recently I was listening to a talk-back radio program where the presenter invited listeners to ring-in and tell the audience what words and phrases that really grated on them . The presenter said she was flooded with callers and some of them that made it to air listed words such as selfie, robust, going forward, tweep etc.

“Awesome, awesome, AWESOME!!” I kept saying to the radio as the list of “offending” words grew longer. “Will someone please say ‘awesome'”.

My poor radio was saved from having something hit it when eventually someone said the magic word.  And the presenter chimed in saying it had to be her pet hate as well!

Not sure where the word sits on your “dislike meter” but I am utterly sick of it.

While all this is mildly irritating my concerns heightened when I received a thankyou letter from a not for profit I support stating that …”together we were able to offer awesome services to people in need over the past year and we will strive to continue to do so in 2014 – can we count on your support again?

Well, thanks but no thanks.

Not only did the organisation earn my ire for using THAT word but more seriously I want the organisations I support to tell me how they are delivering on their promise to me.

To receive money from governments, foundations, corporates, the general community and me, not for profits effectively enter into an agreement. We give them funding and in return they commit to deliver certain outcomes at a defined standard for their client group. Really it is not much more complicated than that.

Did your ‘awesome’ service actually rehabilitate any drug dependant youth in your community as you said you would?