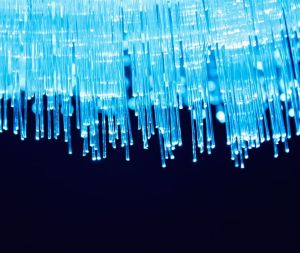 One of the touchstones for impactful and thriving cause-based organisations is prudent use of technology and it is great to see that this is being recognised in various forums.

Last weekend the South by Southwest (SXSW) Interactive Festival in Austin, Texas chose to emphasize the importance of using technology to further causes by honouring 10 people who are contributing to the greater good via savvy use of technology.

Simeon Oriko who teaches Kenyan youths how to use social media and other digital tools to promote social change via a digital literacy program called the Kuyu Project.

Ben Sawyer for his various efforts in the Gamification area including the Games for Health project which supports the use of games and game technology to improve health care.

Rey Faustino, via his organisation One Degree which has a mission to “..connect low-income kids and families to high quality poverty-fighting resources”. One Degree does this through a comprehensive data base containing information and, interestingly, reviews of critical programs in the community.

Madhura Bhat who set-up Health for America to inspire young IT entrepreneurs to come up with better ways of using technology to solve health problems.

Ariene Ducao, the  co-founder of OpenIR which works to make public data easier to access, use and understand. OpenIR’s initial project is using infrared technology to try to determine the causes of natural disasters in Indonesia. The goal of her research is to help people in the region to better adapt to climate change.

Gene Gurkoff, who is the founder of Charity Miles which is an App for mobile phones which helps people raise money for causes when they walk, run or cycle.

Amanda Quraishi, works for an organisation called Mobile Loaves & Fishes and takes an activist’s approach to social media by embedding herself amongst her organisation’s client group. Amanda then chronicles the experience on social media.

Rich Schwerdtfeger is the CTO of accessibility at IBM Software and works to make it possible for people with hearing or vision impairment to use the internet. He played a part in the creation of WAI-ARIA which is now used globally to make online applications accessible for disabled users.

Maurya Couvares and Elizabeth Davidson are the co-founders of ScriptED which aims to expose students in disadvantaged schools to the technology industry through computer programming education and traineeships in technology companies.

While each of these people and their projects are a great source of inspiration doesn’t it also motivate you to nominate great Australian examples for next years Awards? Let us know an we will see what we can do.